What is a block halving event?

Why was this done?

Bitcoin was designed as a deflationary currency. Like gold, the premise is that over time, the issuance of bitcoins will decrease and thus become scarcer over time. As bitcoins become scarcer and if demand for them increases over time, Bitcoin can be used as a hedge against inflation as the price, guided by price equilibrium is bound to increase. On the flip side, fiat currencies (like the US dollar), inflate over time as its monetary supply increases, leading to a decrease in purchasing power. This is known as monetary debasement by inflation. A simple example would be to compare housing prices decades ago to now and you'll notice that they've increased over time!

Since we know Bitcoin's issuance over time, people can rely on programmed/controlled supply. This is helpful to understand what the current inflation rate of Bitcoin is, what the future inflation rate will be at a specific point in time, how many Bitcoins are in circulation and how many remain left to be mined.

Who controls the issuance of Bitcoin?

The network itself controls the issuance of Bitcoins, derived by consensus through all Bitcoin participants. Ever since Bitcoin was first designed, the following consensus rules exist to this day:

Any change to these parameters requires all Bitcoin participants to agree by consensus to approve the change.

It is always a debate on what Bitcoin will do in terms of pricing for a halving event. Some people believe that the halving is already priced in by the market and thus there's no expectation for the price to do anything. Others believe that due to price equilibrium, a halving of supply should cause an increase in price if demand for Bitcoins is equal or greater than what it was before the halving event. Below is a chart showing past price performance of the two halving events: 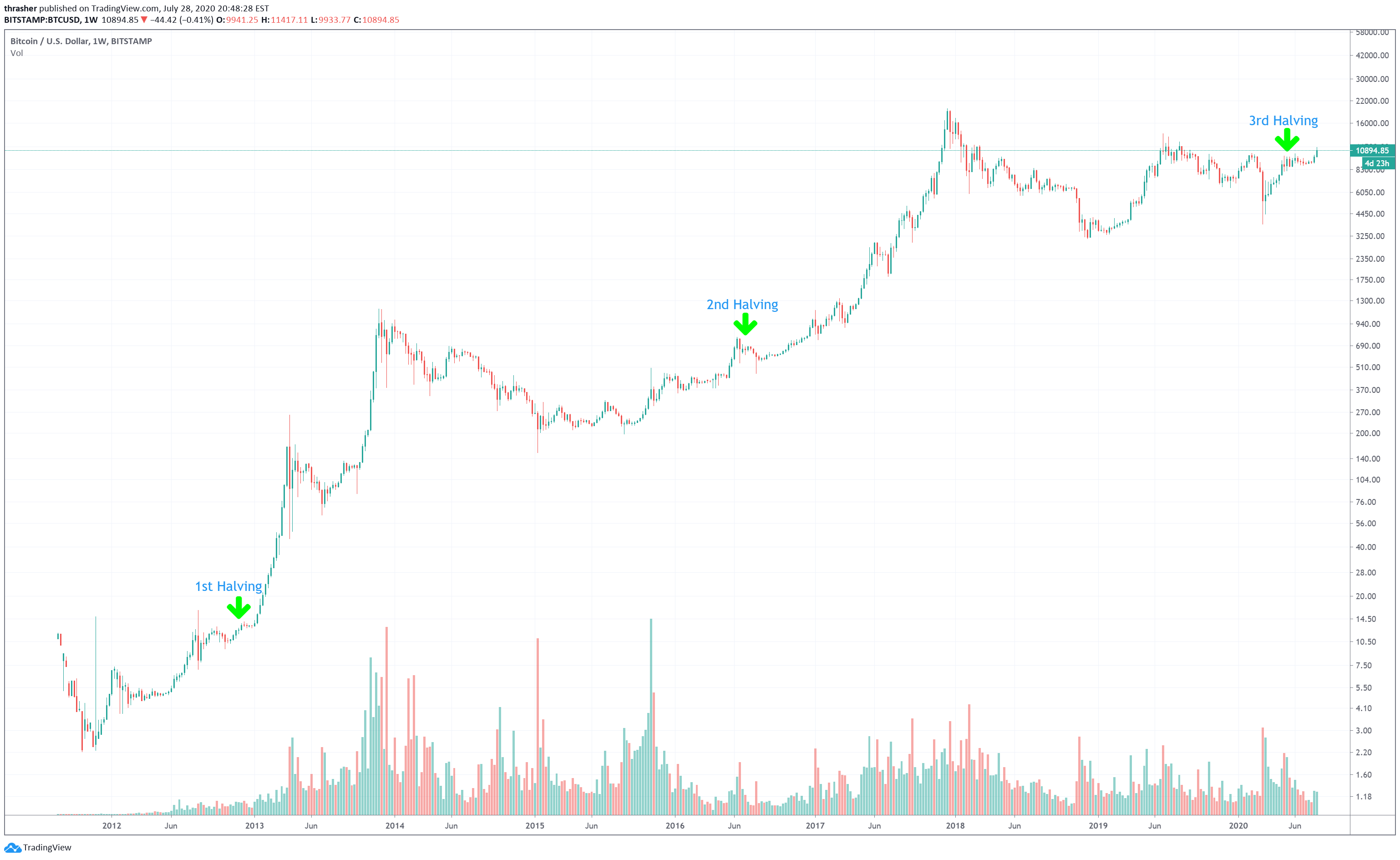 How to buy Bitcoin?

Coinbase is one of the largest cryptocurrency exchange in the world, serving over 102 countries, 30 million+ customers and over 150 billion in trading volume. Funds are protected by insurance and secure storage. You can also earn up to $158 worth of cryptocurrencies. Click below to find out more:

Earnsured.com is committed to unbiased news. We make investment decisions on your behalf in the blockchain and crypto fund/currency ecosystem, while you earn hassle-free profits monthly. Join our telegram group to see how we went from bearish to bullish in this pandemic. Our DeFi projects cannot be affected by an "act of god"  like the present covid-19 pandemic.  For more information on how to own an investment portfolio with us, get an Earnsured certified portfolio manager here.